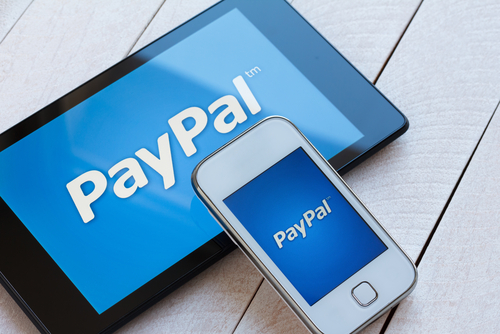 Shares of Paypal (NASDAQ: PYPL) jumped 7.5% to $83 per share on Thursday during after hours trading, up 13% YTD and 8% YOY. The increase was due to Paypal’s Q3 earnings and revenue report exceeding estimates with a huge support in payment volume through its peer to peer payment app Venmo. Venmo is a mobile payment service owned by PayPal that allows users to transfer money to others users through a mobile phone app but both the sender and receiver have to live in the U.S.

“I’m especially pleased with the strong overall momentum surrounding Venmo,” PayPal CEO Daniel Schulman said to analysts Thursday. “While it is still early, our monetization efforts appear to be reaching a tipping point.”

On top of that Paypal said this quarter it hit a “record” 9.1 million accounts which is a 15% increase from the last quarter amounting to a total 254 million active accounts.

Paypal announced an expansion of its existing partnership with American Express (NYSE: AXP) as well as new features. American Express also reported earnings after the bell on Thursday with shares trading up 3.6% at $106.54 per share. American Express customers will now be able to send money via Venmo or PayPal directly from their Amex mobile app as well as pay their credit card bills with their Venmo balances. The users can also use Amex Membership Rewards points for PayPal purchases.

In October, a partnership with Walmart was announced to incorporate PayPal money services at the retail giant’s locations. The company also announced a $2.2 billion deal to buy European payments start-up iZettle, which prior to the deal had been planning on going public on the Nasdaq in Stockholm. In other related news, PayPal has also made deals to buy Hyperwallet, Jetlore and Simility in 2018.“We will continue to leverage acquisitions to strengthen our two-sided platform and maintain our position as the leading global open platform for digital payments,” Schulman said on the earnings call.