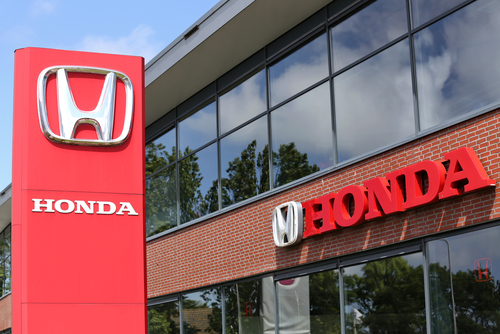 Honda Motor Company (NYSE: HMC) will close its Swindon, U.K. car plant in 2021 at the cost of up to 3,500 jobs. Thousands more jobs in the factory’s supply chain are also at risk. According to a tweet sent out on Monday by British politician Justin Tomlinson, there will be no job losses or changes in production until 2021.

This announcement comes just 38 days before the United Kingdom is set to leave the European Union.

“We had to consider the rise of electrified vehicles, and the different speeds at which electric vehicles will be taken up in North America and Europe,” said Honda Chief Executive Takahiro Hachigo, according to Reuters. “This decision was not informed by Brexit.”

Honda plans to cease production of its Civic in both Britain and Turkey in 2021. The plants currently produce 150,000 and 38,000 Civics per year, respectively. The Company has made more than 3 million cars in the UK over nearly 30 years. Following 2021, production will shift to Japan, North America and China.

The auto industry has struggled as a whole recently in Europe as companies face tougher regulations and a decline in diesel vehicle demand. The auto industry in particular is sensitive to Brexit. Executives fear impending tariffs and border checks that would slow the flow of car parts. Since Britain voted to leave the European Union in 2016, investment into car production in the U.K. has reduced by nearly 50%.

Honda’s announcement to cease production comes just weeks after Nissan Motor Co. (OTC: NSANY) said it no longer plans to manufacture its X-Trail model in Sunderland, U.K. The vehicle is now set to be manufactured in Japan.