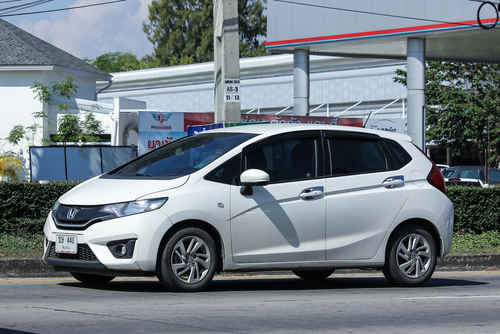 Honda Motor Co. (NYSE: HMC) announced today a recall of about 1.1 million Acura and Honda vehicles in the United States to replace defective Takata airbags on the driver’s side.

This is the second recall among the same vehicles for defective airbag inflators.

Honda initially became aware of the issue after a single vehicle crash involving a 2004 Honda Odyssey. The incident caused injury to the driver’s arm after a replacement airbag inflator ruptured. An investigation later showed the problem was caused by manufacturing issues at Takata’s Mexico facility where excessive moisture was introduced into the inflator during assembly.

The. Company said the total number of recalled inflators is now about 21 million in about 12.9 million Honda and Acura vehicles that have been or now are subject to recall for replacement of a Takata driver and/or passenger front airbag inflator in the U.S.

Over 290 injuries worldwide have been linked to Takata inflators that could explode and spray metal shrapnel. In total, 19 automakers are recalling more than 100 million potentially faulty inflators worldwide. Automakers in the United States repaired more than 7.2 million defective Takata air bag inflators in 2018.

Vehicles involved in the recall will receive free repairs at authorized Honda dealers. The Company encourages owners of affected vehicles to schedule repairs as soon as possible.