I once asked my sister: “What country is immediately South of Sudan? The answer is, in fact, South Sudan. 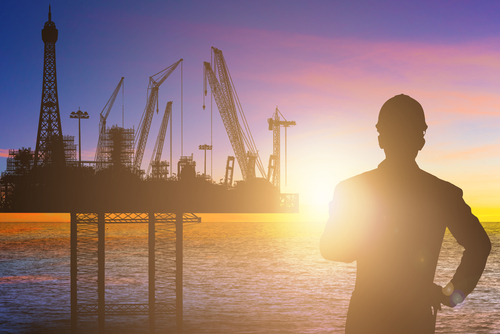 Last week in Regular Sudan, there were enormous waves of protest against the country’s 30-year dictator, Omar Al-Bashir, who rose to power in a military coup while he was a brigadier general. During his tenure, Al-Bashir presided over rigged elections, the civil war with South Sudan, the Darfur Genocide, and an indictment from the International Criminal Court for war crimes. As I write, however, Al-Bashir has been deposed by Sudan’s military, and the country faces an uncertain short and long-term political future. Whether there are going to be elections, and if power is going to be shared with the people is ultimately for the military to determine.

The most important financial news emerging from Sudan’s chaos concerns the country’s main export: oil. In fact, oil accounts for 90% all of exports. Considering Sudan’s only the 35th-largest producer of oil, the world market can ignore the proverbial drop in the bucket. For Sudan’s economy, however, it is potentially catastrophic. In that region, South Sudan, Eritrea and Somalia already destabilized by ruined economies, and it could happen in Sudan too.

While we’re addressing Sudan’s breaking news, it’s also worth looking at Algeria, where the country’s 20-year dictator Abdelaziz Bouteflike was finally ousted on April 2nd, after weeks of massive protests. Algeria, despite being only the 18th producer of oil in the world, has exports consisting of 95% oil and derivatives, making it vulnerable to market changes.

A third case of this political-petroleum complex is Venezuela, currently the 11th producer, with oil exports at 95%. You’re aware of Maduro clinging to power.

Unintuitively, paradoxically, the price of oil actually poorly correlated to political stability. Looking at the market prices: in September of 2018, oil was at $65 USD / barrel, hitting $75 by October. In December the price fell to $45, a low not seen since January of 2016. Now, in April, it’s back up to $65. The political crises in those countries, however, don’t happen when the price of oil is low, but instead when the heat of politics is up. None of these crises began in late December.

This oil chaos also reminds me of OPEC’s supply shock in the 1970s. At that point, OPEC countries controlled about 80% of world oil production. Oil was and is, of course, a precursor to America’s economy, and its scarcity could hurt us. This decade, however, the tables have turned such that we’re the largest producer of oil.

This time around, we’re not the ones who are going to get hurt.